Hello!
It's the high point in any bagpipers life - March 10th is International Bagpipe Day! I love all my bagpipes so this year I felt that I should treat them all equally. So I had a hunt around and found this lovely little tune.
Vännens Långdans - The Friends Långdans
It's played here on Säckpipa (Swedish Bagpipes), Scottish smallpipes and English border pipes. As it's International Bagpipe Day I want to thank the makers of all my pipes too - without the makers we wouldn't have such wonderful instruments to play on!

The melody is on the säckpipa with a D/G chanter, so this means that if you've got a Scottish small D pipe chanter, then that will work if you want to play along. These pipes were made by Alban Faust. I also have säckpipa made by Börs Anders.

Finally the third part is taken on the English border pipes in G made by Jon Swayne.

So all that there is to say is Tuta Lungt and enjoy the video! If anyone fancies recording themselves playing the tune on March 10th and sharing it I'd be over the moon!
:)
Vicki

Hello!
I felt it was time for another video. I've got some new mouth blown säckpipa so I really wanted to give them a real burst. I had a few problems with tuning, so I think we've got a way to go before them and me are really working together well, but it's not a bad start!
This is another tune from Småland and it works well on both the Swedish säckpipa and on the Scottish smallpipes - (as long as you have the raised 7th on both, which I do!)
It's a slängpolska and I've played it as a duet on both one after the other. There is a bit of a pitch slide going on in the middle to get both sets of pipes to meet and the nyckelharpa wasn't really that happy, but we all got to the end!
Enjoy!
:))

Posted by Smallpiper at Wednesday, February 17, 2016 No comments:

Hello!
I've bought some new software, so I've been playing with it today. I've recorded and videoed a nice little polska from Småland.  I spent a while looking for a tune with the G natural in it because it had been requested, but I still wanted it playable on normal SSPs (i.e. not with the minor 6) and this is the one I found!

It's playable on both säckpipa and Scottish smallpipes as long as you have a thumb hole for the right hand. I spent so long on the arrangement that I ran out of time to create the Scottish small pipe version - but after you've watched the video I'm sure you'll forgive me!

The duet part that is included isn't playable as written on the pipes, but I thought you might like it anyway and it would be quite easy just to put the notes that are too low up and octave. This is how I played it.

So this is a polska I've found on my search for bagpipe-able tunes from Småland. Polska after Jonas Hansson and it's from the Carl-Erik Södling manuscript. I think it's gorgeous! See what you think!
:)
Vx

Hello!
A new year and a new start! It's definitely time to start blogging again, I'm in the middle of some pretty hefty work on Swedish säckpipa tunes and putting together a collection of tunes from the county of Småland, where my family is from. It's been a pretty intense time collating this collection. So for the next six months I want to share some of what I've found. As much as possible I'm going to try to blog versions of tunes on both Scottish smallpipes and the Swedish säckpipa, it won't always be possible, but here goes nothing!

So I'm kicking off the year with a tune called Polska fern Gladhammar after Johan Petter.
Enjoy!
:))
Vicki 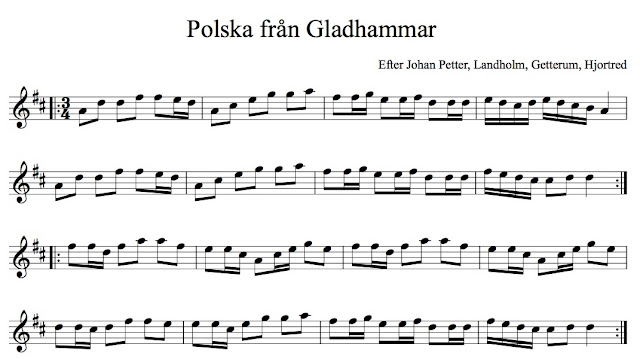 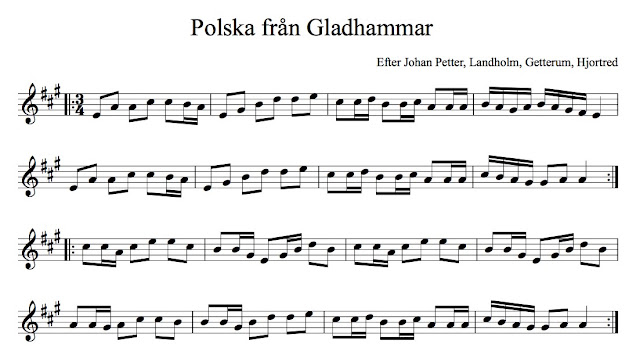 Posted by Smallpiper at Wednesday, January 13, 2016 No comments:

Buy the Tunes and Dots!

We've put together a memory stick of all the pipe tunes on all of our albums mp3s and dots. We decided on a nice large memory stick so you can use it for other stuff too! A perfect present!


For Rest of World residents:

Please donate to help keep this podcast blog going, I have lots of tunes to share, so please help!

Smallpiper
Originally made as part of my masters this site was set up to teach the pipes via podcasting.

Promote your Page too